Why Christians should be involved in politics

Krish Kandiah: Why do you believe Christians should be actively involved with politics? 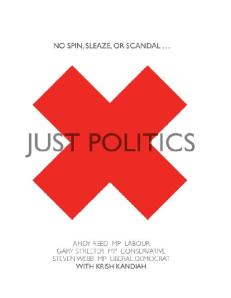 Jon Kuhrt:  The key point is to realise that we are involved anyway; we have no choice about being political because if we choose not to engage then it is a vote for the status quo – the way things are.  Ken Leech, a vicar who started the homelessness charity Centrepoint said, ‘All Christians are political, whether they realise it or not.  But especially when they don’t realise it.’

Christians need to be involved because we believe in a God who cares passionately about his world and his creation, and consequently how it is run.  The Bible is hugely political – in that it is about how God wants people to behave and act towards him, and towards each other.  This involves economics and law because these are tools that need to be used to build justice.  So often it is injustice which dominates God’s world and this grieves him.

As believers in God we have much to bring to politics – a deeper commitment to justice and compassion which throughout history has made a difference in the political sphere through people like William Wilberforce, Lord Shaftesbury, Elizabeth Fry, Martin Luther King, Desmond Tutu and many others.

Krish Kandiah: How can Christians get involved?

Jon: Be involved in your local community – what issues do local people care about? How can you help make a noise about key issues local to you?  How does your church or youth group connect with issues of justice either locally or globally?  How can you build knowledge of what is going on and get passionate with others about making a stand?

Join the Christian group of the party that you believe in and be an advocate for Jesus’ politics within it.  Be brave and courageous – don’t just follow the crowd, but be willing to ask the difficult questions.

Krish Kandiah: Can you give us some examples?

Jon:  I went on a march organised by The Peace Alliance and local churches between Peckham and Brixton following a spate of youth murders in South London.  The march deliberately walked across many different gang areas to declare that everyone was one in Christ.  We sang Christian songs but it felt much more political than it ever does ‘in church’.  The march declared Gods’ love into the darkness of violence, pain and anger – giving confidence to the many people within churches trying to make a difference through youth clubs and social action projects.

Another example is the ‘Living Wage’ campaign organised by London Citizens.  They brought shares and attended HSBC’s Annual General Meeting and interrupted the chair at the start to raise the issue of how much the cleaners are paid at the bank’s building in Carnary Wharf.  This led to meeting with the ‘powers that be’ and that in turn led to changes in the wages paid to cleaning staff across Canary Wharf.  Many local churches are members of London Citizens, and together they have raised their collective voice on many issues of justice.

Krish Kandiah: Who has most inspired your own activism?

Jon:  The Christian that most inspires me to political action is Christian socialist Bob Holman because he moved from a comfortable position as a lecturer to live on one of the poorest estates in the country, Easterhouse in Glasgow.  From this true position of authority, he has campaigned tirelessly for the poor and marginalised – writing articles, books, and changing opinion.