How should our faith affect the way we live?

This morning I listened to a short reflection* about how small actions can make a big difference. 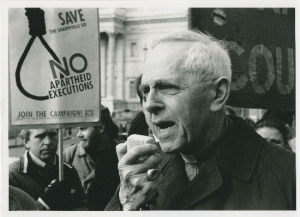 The example used was how significant it was for Desmond Tutu when as a young boy he saw a white priest doff his hat in courtesy to his mother who was a domestic worker. Growing up under apartheid  in South Africa he had never seen a white man show such respect to a black person before and it had a profound impact on him.

It was only later that Tutu learned the priest he had met as a young boy was the great anti-apartheid campaigner, Trevor Huddleston.  In amongst all the ‘important’ things that Huddleston achieved in his life, he would never have imagined the impact that this simple act of courtesy had.  And yet Tutu cited it as a key moment in his upbringing – a moment which helped set him on the incredible path he took of helping bring hope and change to millions of people.

What difference should faith make?

The story of how Huddleston’s small act made such a big difference got me thinking about the areas of life which should be affected by our faith.  In what ways should faith make a difference to how we live?  These are the ones I came up with:

Of course this is all far easier to write than to live out! And of course different branches of the Church have different strengths in regard to these areas.  This is why unity among Christians is important, so that we work together to show the difference that faith makes.

Faith must make a difference to how we live.  As Brennan Manning wrote:

“The greatest cause of atheism is Christians who acknowledge Jesus with their lips, then walk out the door and deny him with their lifestyle.  That is what an unbelieving world simply finds unbelievable.”