The following is back ground information and has the links to Resistance & Renewal blogposts relating to Global Personals and how the campaign started.

Who are Global Personals and what do they do?

Global Personals are a large and successful company run by CEO Ross Williams which runs a wide range of great on-line dating websites.  However, as well as these legitimate websites, it also chooses to run sites which are aimed specifically at married people encouraging them to have affairs.  What is even worse, these websites are advertised on high street billboards.  Global Personals are a company whose work encourages people to cheat on their partners and profits from it.  We believe that this aspect of their work is toxic.

Campaigning against adverts for their websites

In January 2010, I saw one of the adverts for one of their websites Marital Affair close to where I live and I complained to the Advertising Standards Agency (ASA) about it.  They rejected my complaint, saying it ‘did not offend against widely held moral or cultural standards’.  I set up a facebook group to encourage people to support my complaint to the ASA and this led to over 4000 people getting involved.  The pressure we put on the company led to the advert’s withdrawal.  You can read more about that campaign here. 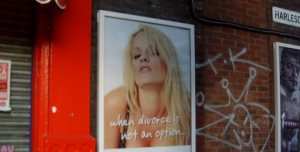 However, in 2011 more adverts appeared, this time for a different website, but run by the same company and basically offering the same kind of service.

This time we have opted for a different approach and we do not want to widely publicise the name and URL of the website and thus give it a load of publicity.  Instead we want to put direct pressure on Global Personals and their CEO Ross Williams about these websites.

We want Global Personals to withdraw from partnering with websites which encourage and facilitate people to have affairs.  We want them to stop making money from breaking up relationships.

What you can do:

1) Read the Open Letter to Ross Williams CEO of Global Personals and circulate it to friends as much as possible and if anyone has any media contacts, please send them a link to the letter.

2) Email to Ross Williams via support@globalpersonals.co.uk and the other directors your concerns.

3) Phone the Global Personals office on +44 (0)1753 27 12 80 to complain about the site.  Everyone who calls is now given an email to write to – some emails have been acknowledged but no one has actually got a proper reply to their concerns.  If you have emailed please get back to them and request a proper response.  Remember, Global Personals DO run this affairs site – they do partner with many brands but according to the sites themselves they are ‘run’ and ‘operated’ by Global Personals.

We have also partnered with local people in the area where Global Personals are based in the Maidenhead and Windsor area who are concerned about what the company is doing.